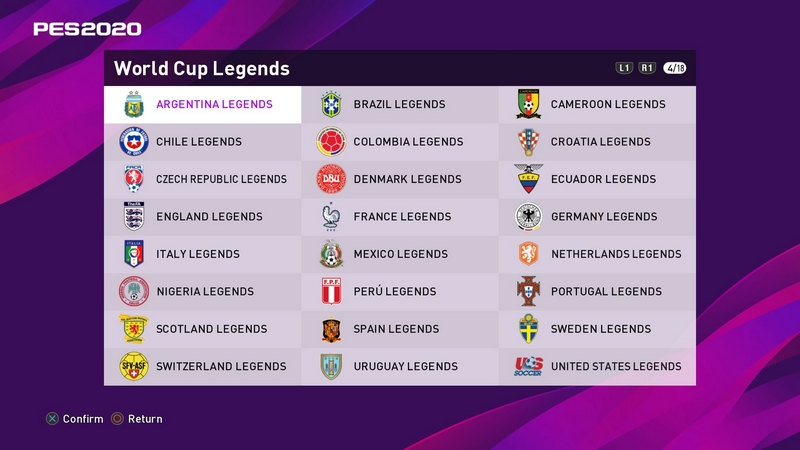 *NOTE - After each LIVE UPDATE, you will need to re-install the 24 Classic National Teams due to being installed in 2nd Division England.

Just a side note, due to Konami, the mini face images will be wrong in Team Settings but correct player likeness in game in V1, V2, and V3.

V4 includes 552 added players to the game as it will make the minimap faces white silhouettes like on the Fake League players. V4 also updates Legends from DP2 and DP3 as well as spelling mistakes.

Make sure to click Apply Player Data when installing.

If you already installed V1 or V2, V3, either keep those versions or you will need to delete your EDIT file to install this file as the way this file was created to remove the minimap players.

Also included is a World Cup Logo pack to create your own Classic World Cups through Konami Cup. From a 16 team 1970 FIFA World Cup or a 24 team 1994 World cup, the choice is yours.

For those asking for another version that is not installed in 2nd Division England, here is a 21 team version of the 24 Classic National Teams that installs in Other Latin America. 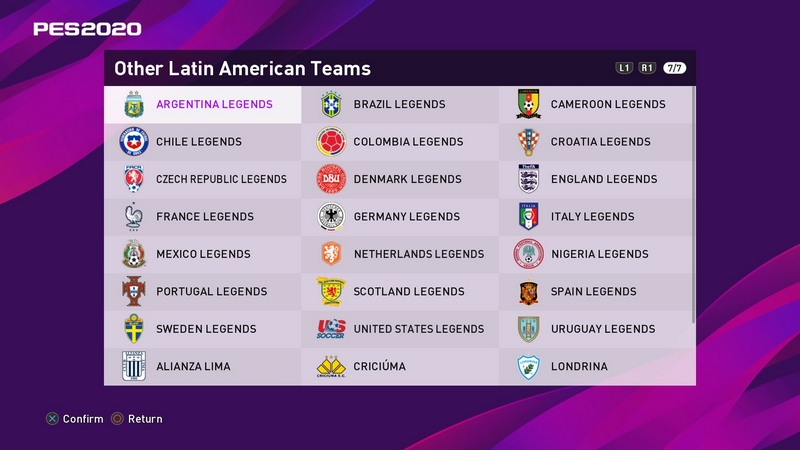 I don't usually use classic teams buck, but I can appreciate the effort that went into this. Top work mate!!