Fantastic,return of the wengerball,we are a joy to watch again after 2011,even with pep around i can brag we play the best football in the league with displays like this to boot.

There is immense competition but not undoable competition,Guardiola surprisingly is suffering just as many upsets as anyone else with his squad,system and ability to drive players on...Chelsea are beastly..Liverpool time will tell us if their defence holds strong and lets them win the games that they should..I would put Chelsea as favourites as they have players who have done it before and have only the league and fa cup to play forgot match this, we need not rise up to the occasion but do the job we need to and not bottle it, going into the fixtures against spurs and manu,we are in far better form and flows we should get 4points or more and make a statement of change and move on also a draw with psg to top the group as well.
.

#COYG
We will be having bloody Ramsey,Giroud and Walcott to come off the bench

Does Ozil ever turn up for the big games? Not counting consolation goals or a goal in a 3-0 walkover?

Ziss said:
Does Ozil ever turn up for the big games? Not counting consolation goals or a goal in a 3-0 walkover?

When he turns up it ends up being a walk over like our 2-0/4-1 wins over Liverpool or trashing you and Chelsea 3-0,beating Bayern away 2-0 or when he is not completely on song but still is decent we edge teams out like we did you and the scouse in our fa cup winning campaigns in recent seasons.


That was wonderful, it was hilarious that suckerpunch..we fergied you like you used to do us in the cesc era.

I thought it was the same old same old arse but this team definitely has something else, after the opening liverpool loss we must have played around 17 games and been only good in like 8 of them while being piss poor in the remaining 9 which includes you and psg away which we came back to draw from behind and Burnley where we won as well as Tottenham and leicester which we drew early on albeit at home.

The perfect mix of players in their prime flanked by youth and experience reminds me fergies' last 6 title winning squads, we just dont know when we are beaten and we just do not lose, we are affording to slowly coax back players to fitness, we will be getting better as the season moves along and every wenger team has a run of a dozen games where they are superb to watch, ours has not come yet so maybe this time we will not peak early but at the right time and win it post christmas just like fergie used to do and having such a 11/squad means we are getting more decisions our way too like a proper big team.


And Ramsey was dog shit,in wales they say he can play for any team because he works with humility for them while he is arrogant, complacent and over confident with us...it would be best for us to part ways and cash in if he doesn't find his 2013 mojo back this season with cazorla out for an extended period of time,wilshere is coming good, we just need to maintain his fitness, maybe let him do his own training and management like we let robin do so, with the cash from ramsey and our purchasing power we can always get a naingolan or something if necessary.

We should always play one of coquelin or elneny and never both,if aaron is not picking up, we should insert xhaka in there to replace the fluidity we have when santi is there,A xhaka elneny combo will give us more defensive protection as a whole than the santi coq partnership and arguably more attacking impetus as well as a duo that is.

I think we are in for a surprise and a good performance which will enable us to top the cl group in midweek, winning our next 3 pl games would mean we have an identical season to the Invincibles having progressed in all cup competitions and being just 1 point short of their points total thanks to the liverpool loss.

Again,the signs are good,Come on you goons!

Ozil, like he does in most big games, went AWOL. Sanchez was playing with one leg, was also shit, but still played better than Ozil.

When we used to Fergie teams, it came after pressure or a clear gameplan. You were simply shit and got very fortunate. Quite, quite different. 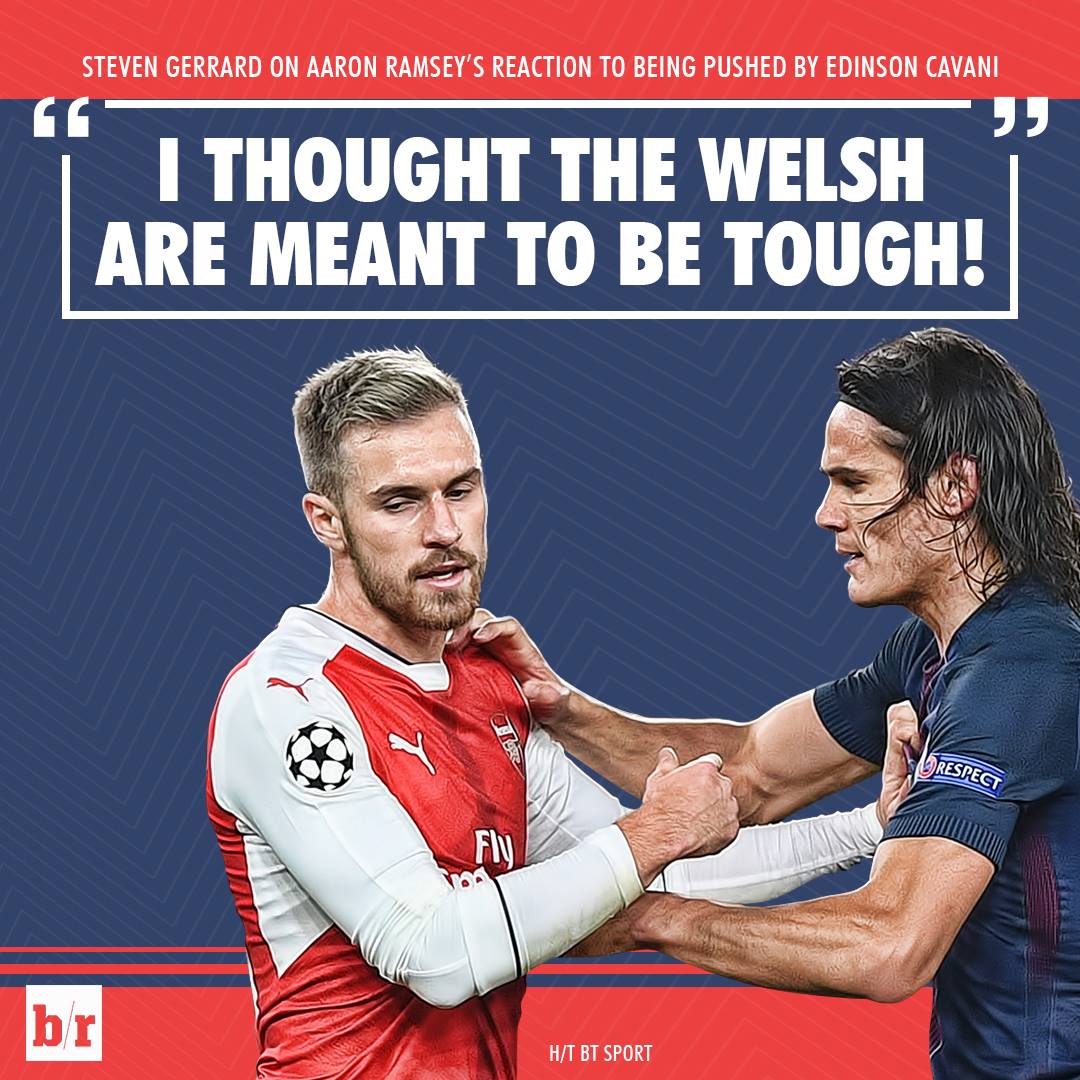 Ziss said:
Ozil, like he does in most big games, went AWOL. Sanchez was playing with one leg, was also shit, but still played better than Ozil.

When we used to Fergie teams, it came after pressure or a clear gameplan. You were simply shit and got very fortunate. Quite, quite different.
Click to expand...

Let us put pressure prematch on the referee

and point to the watch when you are losing

Berate him throughout the game,set a previous by destroying certain refs careers for doing their job

And also attack vigorously while tactically pinning down the opposition in the last 15min which you actually deserve credit for where you would attack in all ways,crosses,through balls,long shots etc.

Doing it once or twice is fine but we did it repeatedly against all kinds of opposition this season in 6 or 7 games,after a point it stops being luck and killer instinct showing in the few minutes of great play along with great resilience provided by our new cb pairing and petr.

All is not well though,we have to hit form.we need the thrust provided from fullback and a cm to be fluid and at our best so debuchy coming back is a plus and gibbs looks massively better right at the time monreal dropped form,santi is a big headache,hopefully ramsey can cover or we insert xhaka,i repeat we should never start a game with elneny and coquelin,it would be best if elneny was converted into a dmf,there he would be a true gem..in cm he seems the return of denilson after 5 years.

The next 3 premiership games will tell us a lot,we should not drop a single point for here city,tottenham,pool and chelsea all play amongst each other while city is our 19th game so ideally we should get 13 pts from the next 15 atleast and that will tell us about our fate more clearly if its all the same and we were lucky or there is somenew found team spirit,fight,resilience and we might actually do it.

And jose seems to have finally found his senses fielding his best performer mata,actually fielding a screener in front of the defence allowing pogba to be box to box and his best but i am still pretty sure you will end up 5th at best,europa is your best chance of european qualification and saving 20m from addidas.

How good is Alexis? The composure and calm is incredible.

He's worth smashing our wage structure to keep him.

Staff member
The only attacker I'd choose Chelsea to sign over him if possible would be Griezmann.

Alexis is a literal beast, going from potentially being out for a while to coming back and scoring a ton of goals!

Joel said:
The only attacker I'd choose Chelsea to sign over him if possible would be Griezmann.
Click to expand...

You mean Centre Forward or Striker i presume other wise surely both Neymar and Bale would be in contention.

Apparently both Ozil and Sanchez want wages matching Paul Pogba to stay,reports of the latter's salary vary between 220 to 290k a week,so can we seal it at 250k please?But if both want 300k,it would be pushing it but since we have no other players who will reach their status anytime soon we should do it.

Staff member
I love Neymar and I think Bale is very good. Maybe Bale wouldn't be bad actually, as someone who is more right sided, but I think I'd still choose Alexis over him I think. Neymar is more suited to the left and we have Hazard (not saying Hazard is better, as he's not, but he's at the standard that we need, so we need to concentrate on doing the same on the right side - Willian and Pedro would be great squad options). The position I'm talking about is inside right forward.

I say you pay Alexis what he wants and then if you can't afford Ozil's renewal after, flog him off. He's replaceable. Alexis isn't.

James Olley of the London Evening Standard reported both Ozil and Alexis Sanchez want "parity" with Manchester United star Paul Pogba, who earns a whopping £290,000 per week at Old Trafford.

However, the north Londoners' wage structure means they're unlikely to match such an astronomical figure, which is more than twice the £140,000-a-week wages Ozil—Arsenal's highest-paid player—is paid.

The Gunners would be remiss if they were to lose arguably their two most valuable offensive weapons, particularly due to the fact both players are scheduled to see their contracts expire in the summer of 2018.

400 thousand pounds per week. If you earn a more-than-respectable £2000 per month you'd need to work over 16 years to reach those figures. And this is not subtracting taxes, etc. Disgusting, really.

After today's masterclass by Ozil...

I like how he plays, but there's no denying it, he's a long way from being a Drogba in this kind of matches.

This is what I like to see from players. Alexis is incredible in that regard.

Yet another red card. And while I like your referees (for the most part) this season has been a shitshow of bad decision and undeserved scorelines. 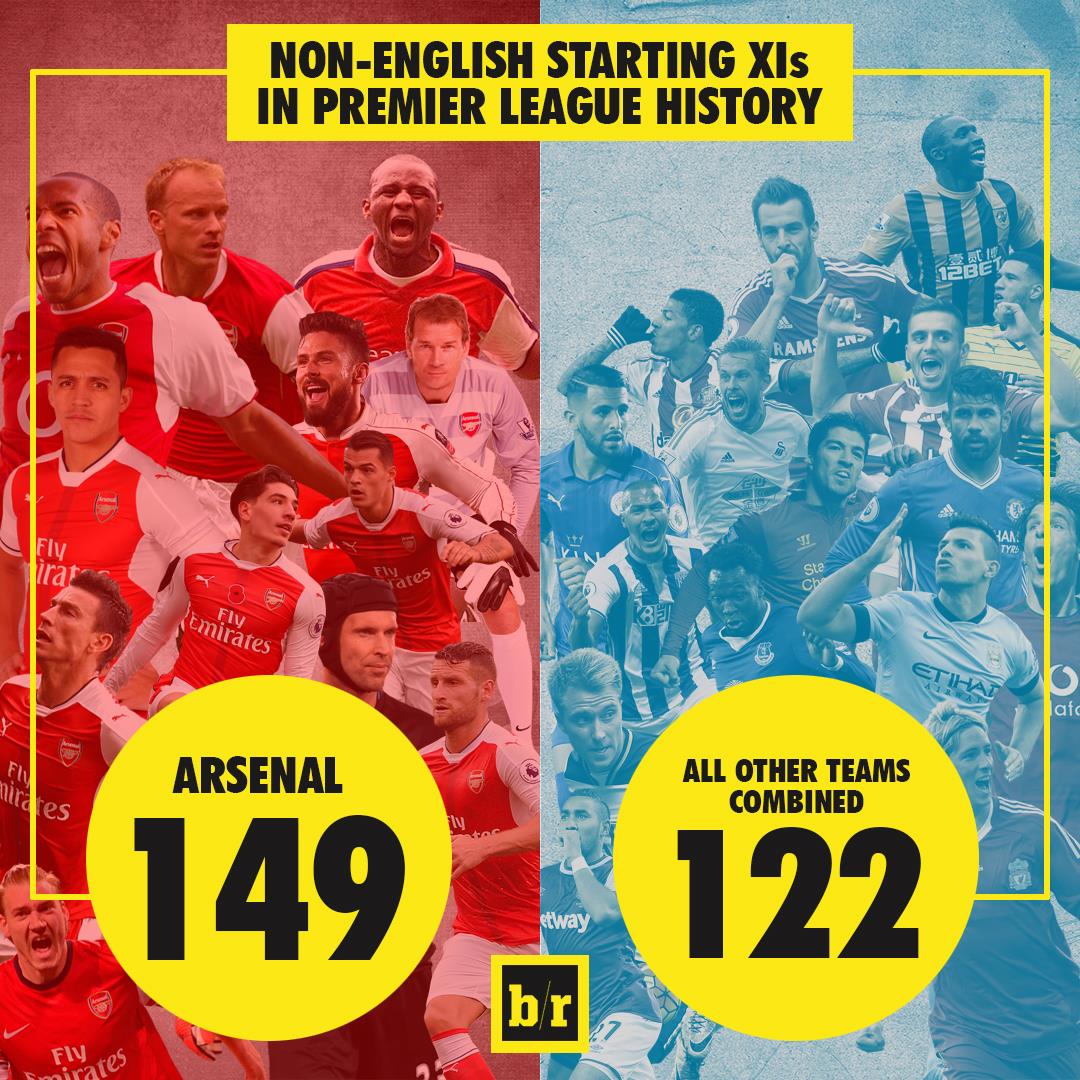