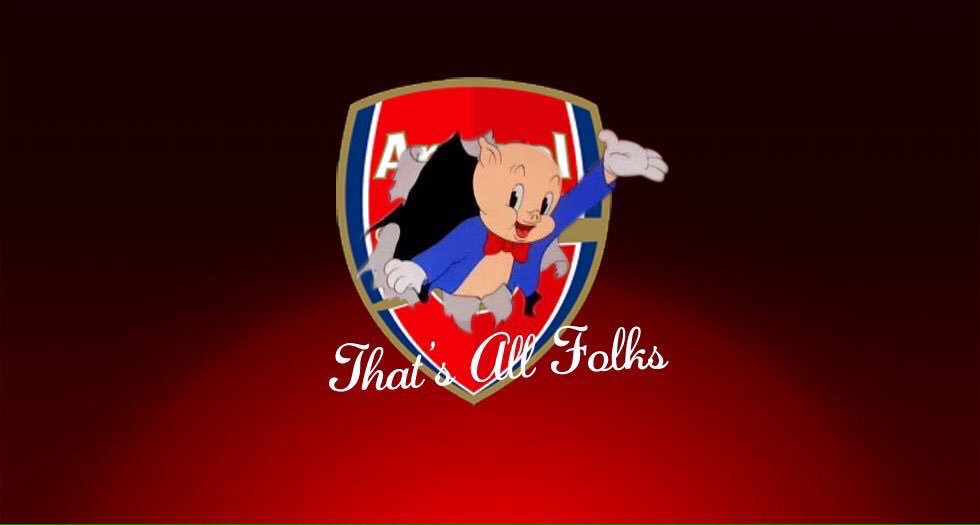 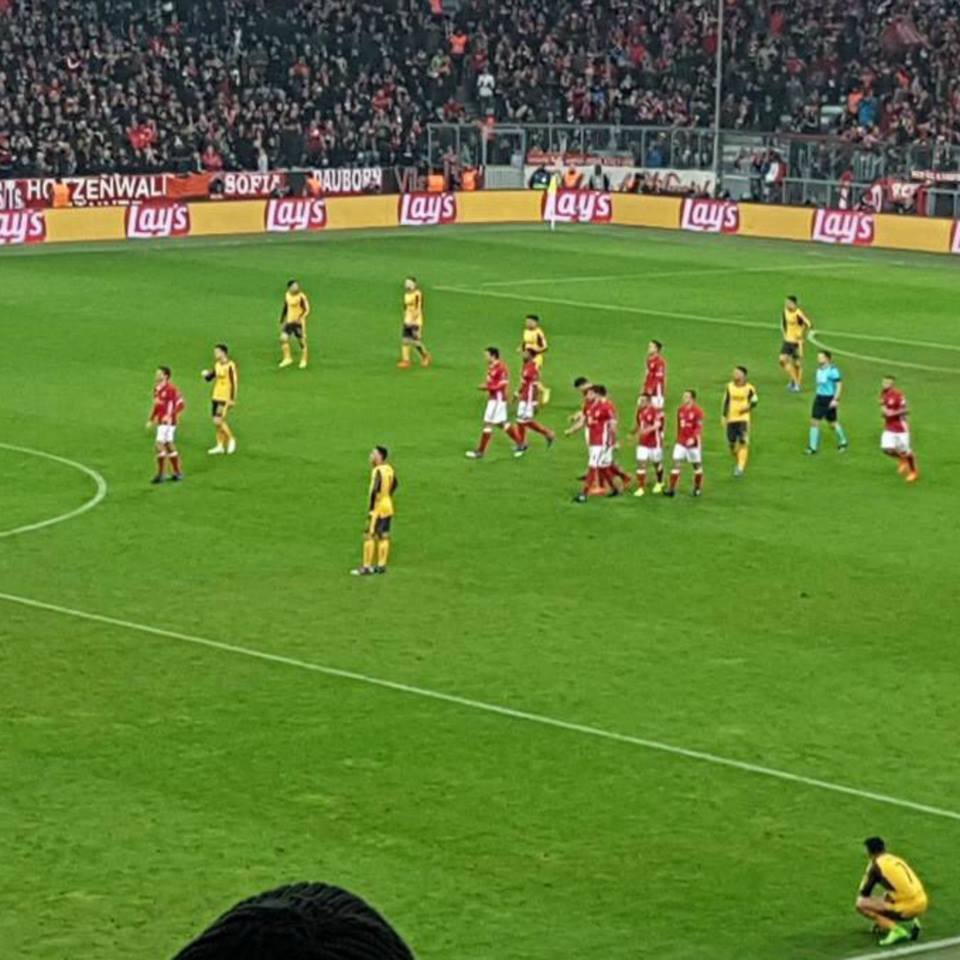 That was painful to watch. I'm still confused as to what Coquelin was trying to achieve by inviting Robben in on his left foot.

Don't mind listening to criticism of Wenger, cos he deserves it, but can't take it seriously when it's Craig Burley and some Venezuelan jobber.

This is a beating. Llana is eating your entire midfield alive all by himself. Add Wijnaldum and Can... The workrate is not even comparable. Focus, tactical knowledge, not even close. 1v1s are Liverpool sided all the time. You just can't do anything, and let them do anything they want.

Oh, and in the brief 10 mins Liverpool dropped down a bit and let you have the ball, the lack of creativity or any purposeful passes was disturbing. Like Porto under Lopetegui disturbing. Only going to mention this one. https://my.mixtape.moe/ngsezn.mp4

Not looking at the distinctive lack of communication (0:02, clear passing line to the right of the keeper), atrocious defensive positioning (0:08), or actually being outnumbered in defence (also 0:08), when Robben gets the ball back at 0:09 there are 3 Arsenal players around him: Alexis, who just lost the ball, Xhaka and Monreal. Watch the movement of both Xhaka and Monreal, their reaction to the lost ball in the most dangerous of positions.

They don't give a shit. They stroll towards Robben like it's nothing. 3v3 just 2 meters away from the 6-yard box, and only Alexis attempts to press the player in clear position to score.

What I'm trying to say is that this isn't Wenger's fault. Not yesterday. This is the same Leicester had been doing for weeks, maybe even months, up until Ranieri stepped aside. Complete lack of commitment from the players to the club, manager and fans. And it is running so deep now the only way to fix it might as well sacking Wenger. You need a psychiatrist more than a coach. You need a Conte. 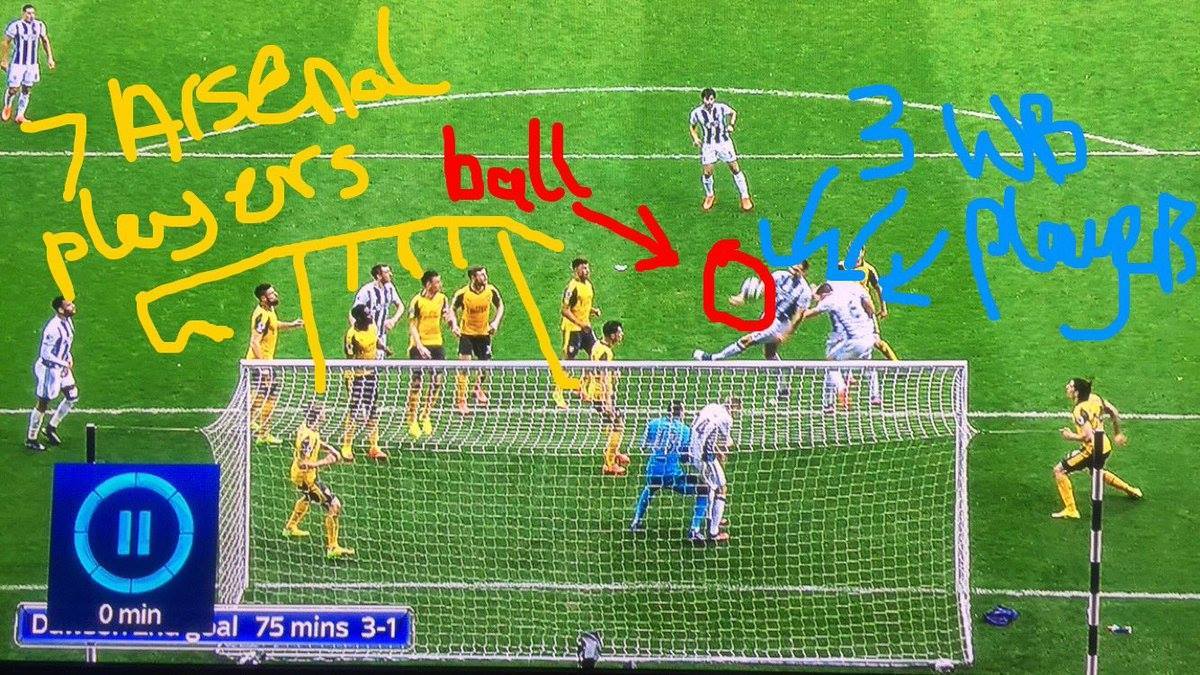 Yeah, that was pretty dreadful. It turns out our zonal marking includes no-go zones.

Missed the match as I was busy (thankfully) Welbeck goal made it more bearable.

Sympathise with fans that want change because you deserve better but wouldn't be surprised if you got rid and then would be looked back as a mistake. Managers out there who could do much more for Arsenal but if it ends up going tits up like after Fergie, things could get bad without the money to keep throwing at the problem like United.
S

And who will replace him? Do you think every manager is lined up outside the Emirates?

Nice to see Holding getting more game time. What do you make of him so far?

I prefer to see him whilst we're playing 3 CBs rather than a back 4 but he's getting better. Looks like he's slowly getting more confident and composed that he was when he was thrown into the team at the start of the season.

I know we're hardly blessed with good defenders but I would start him in the FA Cup final, that's pretty good going for his first season.
S

Alisher Usmanov has made a $1.3bn (£1bn) bid for near total control of Arsenal. The Russian billionaire, who holds a 30% stake in the club, indicated to Stan Kroenke, the majority shareholder, that he was willing to pay the sum to buy him out. The approach, which was made last month, values Arsenal at $2bn.

Yet Kroenke, who owns 67% after gradually building up his holding since 2007, is unwilling to contemplate the deal. He remains fully committed to the club and, even though Usmanov’s offer would net him a massive profit, he is not interested.

Usmanov, the metals magnate, has clashed with Kroenke over the direction of the club and he has suggested that the club’s senior management needs to take a firmer line. Arsenal have endured a turbulent season, in which they are likely to miss out on their traditional top-four finish, and the issue of whether the manager, Arsène Wenger, ought to continue into next season has polarised the fans.

Wenger’s contract expires in the summer and there has been no official comment on whether he will sign a new one. It is anticipated that he will. Kroenke has long been a staunch supporter of his.

“I do not think that the coach alone is to be blamed for what is happening,” Usmanov said last month. “Some continuity is needed. This includes the need to prepare a successor for Wenger, but in a very respectful way. I can suggest that Wenger himself can prepare a successor.”
Click to expand...

Arsenal's new home kit has just been announced on their official website, and if you go to purchase the shirt, they are selling shirts with WELBECK #7 on the back. Welbeck's a decent player but the thought of him wearing #7 is just wrong!