You know the drill

Game of The Year Include retail, PSN/XBLA/Steam only, remasters and late ports if you want, I don't care.

With honourable mentions I imposed a limit upon myself, but include however many you want, I don't care, just try and include a bit of text about your main choice.
Click to expand...

Here are mine, tbh it's been a pretty shitty year imo

Game of The Year 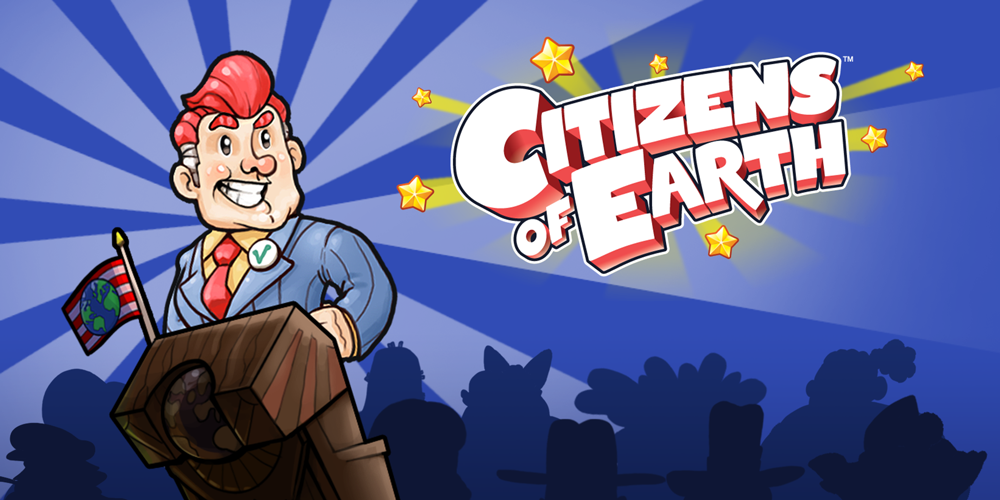 Citizens of Earth (PS Vita via PSN) - Excellent RPG in the mould of Earthbound. Wide variety of characters, locations and quests, and with a great main storyline which is full of humour. Top notch battle system with each of the different citizens bringing something new to the table, fantastic visual style (imo) and a catchy soundtrack

Zombi (PS4) - Didn't give it a fair go on the Wii U, but loved this port. Great atmosphere.

The Legend of Zelda (Wii U) - My pick for last year as well, but seeing as this was delayed I get to choose it again! Artstyle looks great, open world will apparently be much improved compared to previous versions. DOn't know much about it, but it's Zelda, so I have to be a fag.

Ratchet and Clank (PS4) - Been waiting for this for a couple of years now. Looks like a CGI movie in action, can't wait for some 3D platforming/shooting goodness!

Yakuza 6/Nier Automata (PS4) - Grouping these together as the likelihood they'll be released in teh west next year is low, but both are hype inducing shit for me. 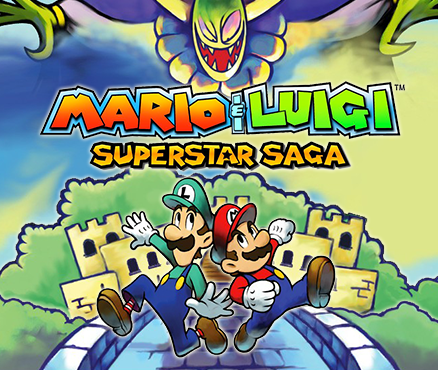 Mario and Luigi: SUperstar Saga (GBA) - Excellent Mario RPG, start of a rather fantastic series (all 3 could be up for this but I decided to just pick one). Charming game with catchy music, great cast of characters and excellent combat system.

Professor Layton and The Lost Future (DS) - Best Layton story by far. Again, I could have put all 4 DS games up here as they're just great fun.

The Wolf Among Us (PS Vita) - Best Telltale game I have played. Excellent art design and soundtrack, and a damn good story with great characters to boot.

Staff member
I don't have a best game of the year, since I haven't really played many 2015 titles that I would say belong in a best game poll.

My most anticipated game of 2016 is Uncharted 4: A Thief's End. Couldn't care less what else is coming out next year :folarm:

Best game I played in 2015 from a previous year is The Last of Us. Shows the current standard of my gaming, when I have only played such a fantastic game this year when it was released 2 years ago.

Best/favourite game from this year is Hotline Miami 2 (PSN).

Most anticipated for 2016 is probably Mafia 3.

Given that my gaming this year has consisted of only Dying Light, Pillars of Eternity, Starcraft 2: Legacy of the Void, 24 hours of Fallout 4 (the vast majority spent building settlements) and Clubs on FIFA 16, I don't really have a lot to go on.

Game of the Year: Dying Light - superbly executed. Not typically the sort of game I'd go for but kept me wanting to go back for more, so much so that I'm considering returning to it next year if I get the chance to play through Fallout 4, The Witcher 3, Metal Gear Solid V and Devil May Cry 4 Special Edition before another wave of games arrive....which won't happen!

Most anticipated for 2016: Dishonored 2

Game of The Year 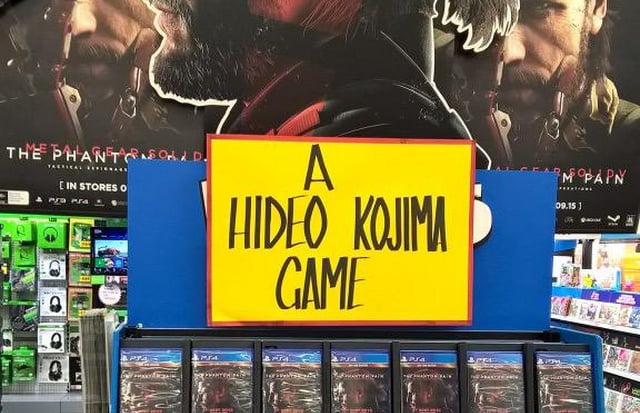 Metal Gear Solid V: The Phantom Pain - For some this winning is telling that I didn't play all too much from 2015. Is it the conclusion to the saga I wanted? No. Is it the MGS story I know and love? No. There are many flaws within the game, but the gameplay is arguably up there with the finest I've ever played. Plenty of little touches that many will never even experience make the game special, Quiet is a great character with a great arc regardless of what others say, and the 80s cassettes are the best collectible I've ever seen. I feel like there was an easy fix to the game, but Kojima and Konami both for whatever reason failed to take this game from a GOTY contender to what could've been a game of all time contender.

Batman: Arkham Knight - Worst of the Rocksteady trilogy, still a great game. Not a particularly good supposed "conclusion" to the saga, but still grabbed my attention throughout. A certain character was as amazing as ever. Remove the monotonous tank combat and it may be in the above slot instead.

Rocket League - Extremely addictive and fun. Easy to play, hard to master etc. It's telling that the online has nearly always worked flawlessly when you compare it to many/most AAA games. My only gripe is I wish there was more options/variety, particularly when it comes to arenas. Keeps on getting better with free and paid DLC every month. Uncharted 4: A Thief's End - I'm guessing I picked this last year too. The Druckmann/Straley combo has been impeccable so far but at the same time, I worry how they can match Uncharted 2 & TLoU. If it's at least in the same ballpark we're fine.

Deus Ex: Mankind Divided - Human Revolution surprised me by how much I enjoyed it. It seems like they're sticking to a similar path here so I'm optimistic.

Mirror's Edge Catalyst - For the brief experience that was the first, it was fresh and a lot of unique fun. I can only hope this is just the same but more. Neither of these honourable mentions will be bought day one (or maybe even bought at all) but I look forward to eventually playing.

Planet Coaster/Roller Coaster Tycoon World - I just hope one of these two provides the classic experience I haven't had in a decade.

The Last of Us Remastered - Don't know if it counts, since I played and loved the PS3 version several times. But I hadn't played Left Behind nor the new maps (online is a blast).

Metal Gear Solid 3: Snake Eater HD - As above, it's a HD remaster so technically isn't a new experience. But it's my favourite MGS and probably was my 3rd favourite PS2 game.

Fallout 3 - I don't like it anywhere near as much as many, maybe due to us now being in 2015. Sub-par graphics, awful performance (on PS3) and a mediocre main story. But there's an incredible amount of charm, with great mini-stories wherever you go and options in every quest.

Game of the Year (Retail)

The Witcher 3 - ]It's a tough choice, but I thought I'd hand the award to ol' Geralt of Rivia. It's a game I never expected to like as much as I did, having no prior familiarity with the series, or being a particular fan of the genre. I played it to death on release, and whilst I haven't delved into the DLC yet, I do plan to do so some time next year.

Fallout 4 - Would be no.1 if not for TW3, and also the fact that it's come late in the year and I'm nowhere near to completing it yet. So much to do, so much to explore. People will say that it's not a big enough leap from FO4, but for me it's enough.

Until Dawn - A game that was on my radar since the PSX conference last year, with the live demo. It's a game that knows exactly what it wants to be, and revels in it. One of the best (if not THE best) "choose your own path" type games out there.

Dying Light - Just a good fun zombie game. A bit tough at first when you're low levelled and have shit weapons, but gets much more fun as you progress. Looking forward to the expansion next year!

Mad Max - It's (basically) a movie tie-in. It should't have worked, but it did. Only thing against it is the fact that it sufferes from extreme open world bloat.

The Talos Principle - It was only released on PS4 this year, so it counts. Just a great puzzle game, and challenging. I impressed myself by managing to make it to the end without looking at solutions online. I still have much of the expansion to play, and do intend to go back to it at some point, it's just a matter of when.

Game of the Year (Digital)

Rocket League - I'll pretty much echo Haribo's thoughts on this. It's a game I can't stop myself going back to, and when I do go back, I struggle to stop playing. Lost count of the amount of times I've said to myself "ok, this is the last game, I promise", only to play one more....

Errr.... none. I don't think I've played any other digital games released this year. :huh:

Uncharted 4 - Is there really anything else? I notice this was also my most anticipated in last year's list. :hmm:

Christ..... loads of stuff. It's gonna be a good year (gaming-wise at least)!

Tales of the Borderlands - I guess you'd call it a 2014 game, even if only 1/5 was released that year. Great game. Great story. Great action. Great characters. Funny. Heart-warming. Telltale should be making a sequel to this instead of making shit like Minecraft story mode and GoT season 2.