is ages away, which is good. by the time ive abused battlefield ill be wanting a new shoot em up to take its place

Campaign will be fun to do, but already have feelings that the online play will be easy to glithch, hack and ofcourse some over powered guns and killstreaks. Oh and not forgetting those @#*!ing tanks online.

The jury is well and truly out on this one... Treyarch haven't exactly set the world alight with their COD's. Perhaps the new cold war setting and a little free licence rather than the strict accurate models may help.

I'll wait to be convinced though.

Well at least it isn't exactly the same as MW2.
D

Looks quite good, but so did MW2. I'm still torn between this and MoH.

Probably wise to get neither due to the lack of destructible environments and vehicles in both games.

Dan said:
Looks quite good, but so did MW2. I'm still torn between this and MoH.

Probably wise to get neither due to the lack of destructible environments and vehicles in both games.
Click to expand...

And it turned out bad? :lmao:

Everyone knows Dan hated MW. As soon as he picked up that other faggy game, he never went back.
D

It's was a load of wad compared to Modern Warfare plain and simple. 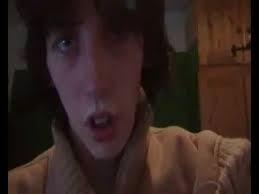 MW2 was superior imo. Not sure how this is gonna turn out, will either me much better or much worse.
F

Surprised there's not a lot more interest in this thread considering the game is out in less than a month?

Anyway Treyarch have big boots to fill and I hope they succeed as I was reading the other week Infinity Ward went bust!

Either way Call of Duty is always guaranteed to have a good few days of my playing time, especially online.
F

This is a definite buy for me. Even if the online mode turns out not to be as good as previous games, I loved playing 4-player offline multiplayer with my friends.

The story mode seems interesting too. Which, for me, most FPS games lack.

Yea I might pre-order this before the end of the week, originally I planned to get it from ASDA as a midnight release - but unless I turn up about 9pm the queue's will be insane!

Last year for CoD (and before with GTA) people had been queueing since 3/4pm!

Unless I hear wonderful feedback about it in here when it's out next month...

That is all.
F

The balance feels REALLY good with no Stopping Power/Juggernaut.
So, the only thing that makes your player stronger is the weapon you choose. Which is how it should have been from the start.
The perk combo is definitely something to get used to. But it's a great change.

The weapons I got to use were really good. I started off with the M16 and found that it takes more than one burst to kill someone. FINALLY. THE M16 DOESN'T FEEL LIKE A ROOKIE GUN (as much).

I didn't get to try out every weapon, but I really liked the FAMAS, which is now fully auto. It will probably have a permanent spot on my class list. I also used the M1911, in beautiful shining silver as my secondary, which was a nice companion.

The AK74u, Galil, and the MP5k prototype were also great weapons.
I ended up using a Galil with Warlord (Bling) with a suppressor (which wasn't cheap) and a blue customized RDS for Search and Destroy. Being able to pick your perks early is a nice change, so I was S&D ready from the start.

- The Draggie wasn't horrible, but like CoD4, I had some hitmarkers. But it will deliver.

- The WA2000 feels nice. Scopes in fast and looks better in this game than MW2. Again, hitmarkers happened often, and I found myself taking two shots to take down an opponent.

- The PSG1 was horrible. I got 8 hitmarkers in a row with this gun. Not a single one shot kill.

The scope in is fast, it sounds badass and has the power of a reg scope M40.
You have to hit the torso and above to get a one shot kill, which is balanced.
The reload of the bolt is a little slow, but is definitely a good gun... especially with Warsaw camo
Also, the scope choices are cool. The normal scope, the infrared scope and the variable zoom scope are great. I will most likely go with the variable zoom, which allows for 3 zoom levels. Great stuff, and will make for some awesome montage clips.

The level of camo, RDS, lenses and facepaint customization is amazing.
The emblem editor alone can keep you busy for hours. Endless possibilities. I ended up making this 5 layered atomic symbol with gray, white and black colors. It looks sweet on the side of my FAMAS.

Game winning killcams return... in EVERY gametype. Every gametype shows the last kill as a round winner, game winner, or the new term "game ending" killcam. So, Domination, Demolition, CTF, and HQ all have GWK's. In addition to the classic, FFA, TDM and S&D GWK's. Whoa, a lot of acronyms there. I didn't lose you, right?

COD Points, which I call CoPo, is pretty easy to come by. But, it also goes by quickly.
The first attachment I bought for every weapon was extended mags. Which runs at 500 CP. One of the cheapest attachments. Suppressors, on the other hand, are 2000 CP. Quite the difference. I won't get into pricing specifics, but everything costs money. So, spend wisely...

Graphically, the game isn't as stunning as MW2. The gun/player models aren't the best. But that's something I got over quickly. The voice overs are also not as good as MW2's. But again, something that certainly won't stop me from playing once it releases.

There's a section on the UI called "Community" which has 4 tabs - Films, Clips, Screenshots and Custom Game Modes. So all players can see other players material on the community board. Pretty sweet.

Killstreaks seemed balanced, and didn't really overwhelm the map. I didn't get to test out all of them. The chopper gunner and gunship were really fun, and didn't seem too overpowered. They were NOTHING like the chopper gunner from MW2. No thermal sights, and very small red squares around enemy players. These killstreaks require some skill. Finally.

The RC-XD is common, but not much of a burden. It rarely gets more than two kills at a time, so it's not much of a multi-kill machine. Although I know it will happen. It's also easy to shoot, so you find yourself being chased by one, it's relatively easy to get rid of.

Overall, from the 12 straight hours I had on the beta, I'd say it's a promising game. I am really excited to play the final version and get this madness rolling. If you read this far, congratulations. I spent more time than I should have writing all of this, and I'm sure I forgot something.
Click to expand...

Sounds good definitely. I just pray they leave the kill streak dogs out as I read in an Xbox magazine they're returning, and they'd really break my balls if that's the case.

I've read that the dogs are returning again as well so I've been on [email protected] to get used to dealing with them again.