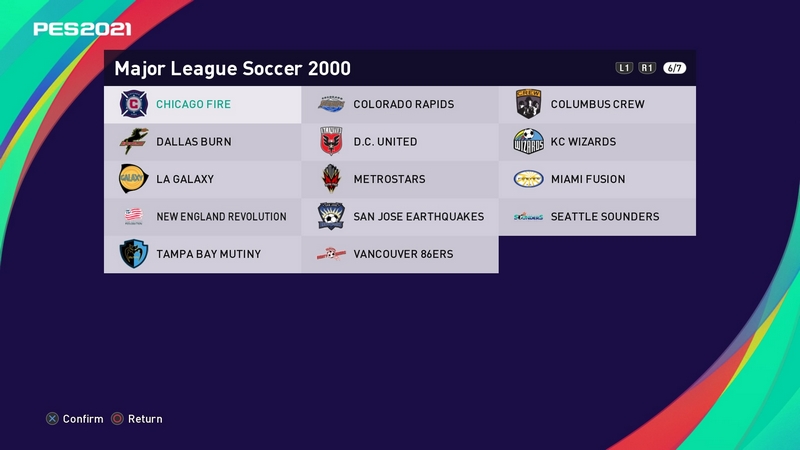 Since Konami does not allow 12 team leagues in PES, the 2 other teams that were used to be able to make 14 team league are Vancouver 86ers and Seattle Sounders from the 2000 USL League Season (A-League) as the MLS teams are from the 2000 Season.

There is no importable kits. The kits were designed in game using the in-game editor to create the kits to the likeness of the 2000 league kits as close as possible. The in-game kit editor leaves alot to be desired. 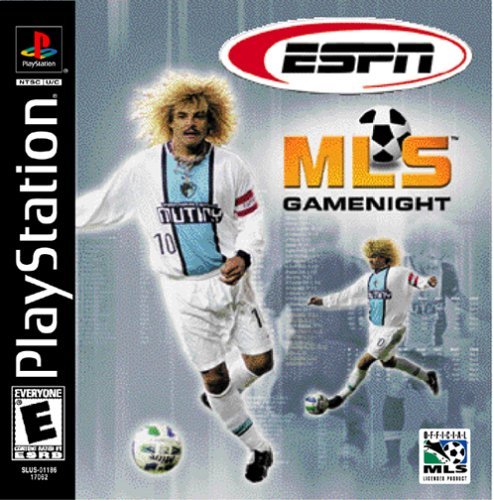 Classic Major League Soccer Option File is a remake of Konami's ESPN MLS GameNight PS1 game with 22 man rosters like in the PS1 version of the game.....EXCEPT with rosters of the REAL 2000 MLS Season. For players that played at 2 different teams during the season, the teams they played more games for during the season is the team they were assigned to.

Some examples of squad issues with the original PS1 ESPN MLS GameNight. On Tampa Bay Mutiny, Konami had Forward Alan Prampin on the squad. Prampin retired before the 2000 season. Using Miami Fusion as another example ....20 year old GK Nick Rimando was not even in the PS1 version of the game, yet played 22 games that season. There were several issues with players on the PS1 game compared to real life rosters.

I have thought about creating a 2nd Version with exact rosters and gameplans identical to the PS1 version of the game.....when I have some free time, I may work on that. 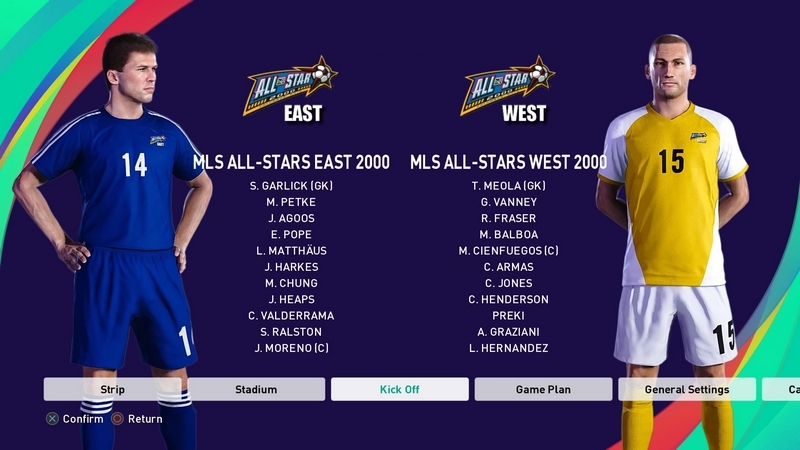