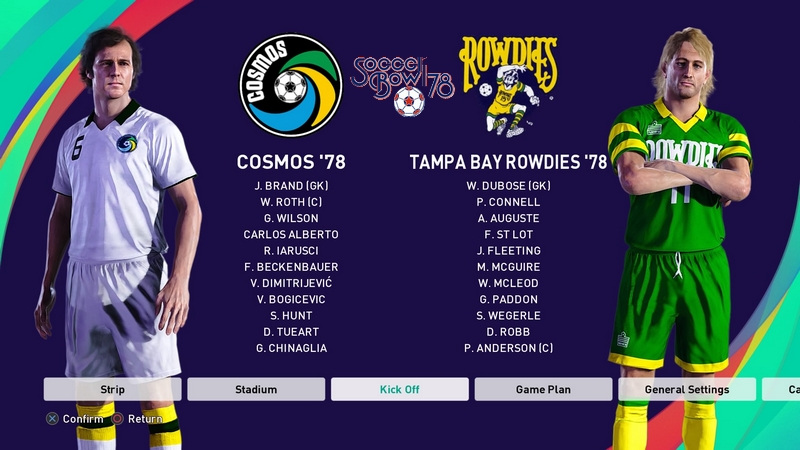 Seeing the large home crowds the Cosmos had drawn during the 1977 NASL season, the league awarded Soccer Bowl hosting duties to the club. The match drew a Soccer Bowl-record 74,901 fans, more than doubling the previous year's attendance at Portland's Civic Stadium. To date, it remains the largest crowd for a professional club soccer championship game in North America.

The Cosmos won the match by a 3–1 score, capturing their third league title and becoming the first repeat champion in NASL history.

Starting XI and Subs of the finals.