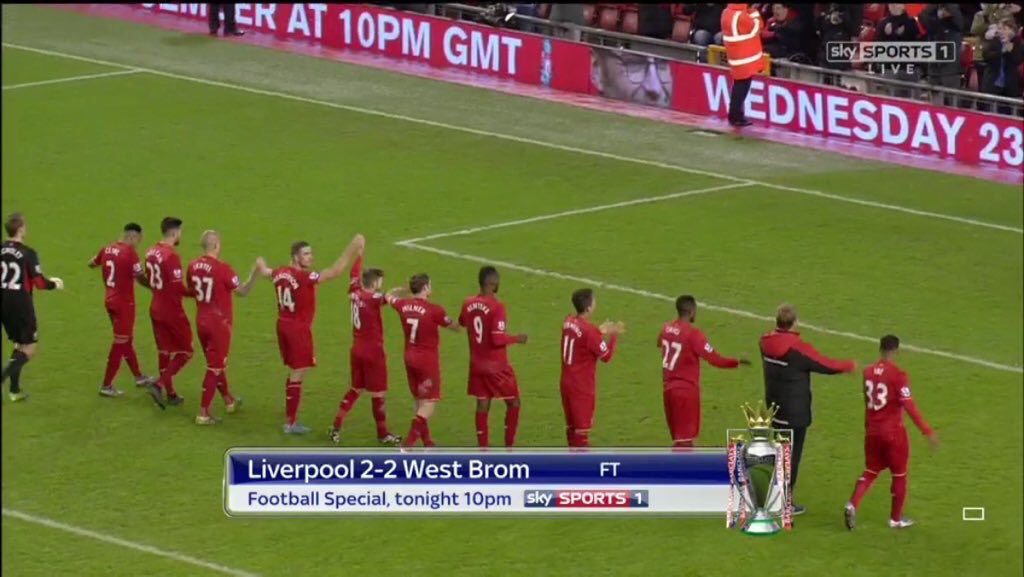 Klopp must have told them to thank the fans for not fucking off before full time this time. I can't imagine why they would celebrate a last minute draw at home to West Brom.

Don't German teams do similar things? Think I recall Dortmund going up to fans after a rough game a few times.

I think that was when they were in the relegation zone, not when they are 9th, only 5 points off the top 4. When you think about where they've gone and won in recent weeks (Chelsea, City) then this is by no means a hard time for them.

I thought Kozak broke one leg, came back, broke the other?! Therefore 2 injuries. Jay Rodriguez was a reoccurrence of the same injury, so technically that's correct, although it was 2 occasions.

Ziss said:
I think that was when they were in the relegation zone, not when they are 9th, only 5 points off the top 4.
Click to expand...

I'm pretty sure they do it after every game at Dortmund, win, lose or draw, and I'm sure they're not the only German (or Italian) team to do so.

Have Liverpool been doing it at every home game since that one? If not then what Dortmund or Juve etc do doesn't matter!

There must be something wrong with English players, bones are too brittle.

JohnSound said:
Have Liverpool been doing it at every home game since that one? If not then what Dortmund or Juve etc do doesn't matter!
Click to expand...