Staff member
You forgot the OT.

I refuse to post in this thread this season after you stole Sinisa.
S

Bish said:
I refuse to post in this thread this season after you stole Sinisa.
Click to expand...

Wouldn't that make more sense with the Milan thread? :>

Don't question my ill-thought-out logic. You and Mihajlovic are dead to me now :folarm:
S

Bish said:
Don't question my ill-thought-out logic. You and Mihajlovic are dead to me now :folarm:
Click to expand... 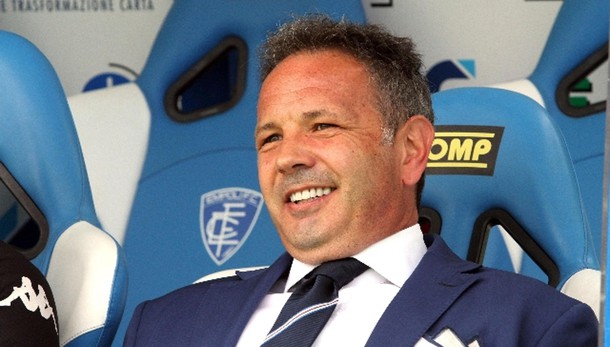 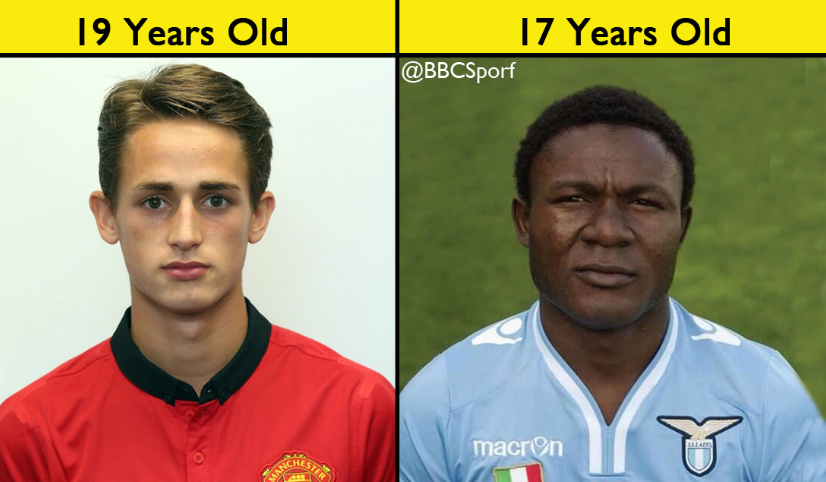 Giovinco bottom left, right? Now plying his trade for Toronto in the MLS. Seems like a bit of a waste to me... (Great for the game over there though definitely)

I asked Sweey before, and he didn't know, but I'll ask again because it's still there....

When we see a pic of this old young guy, why is he wearing a Scudetto? (The Italian flag shield) It should only be worn by the current Serie A champions, so Juve since this guy's been in puberty (ha!) Look at any other pics of Lazio players or shirts, no Scudetto. Just adds to the weirdness of this old dude. 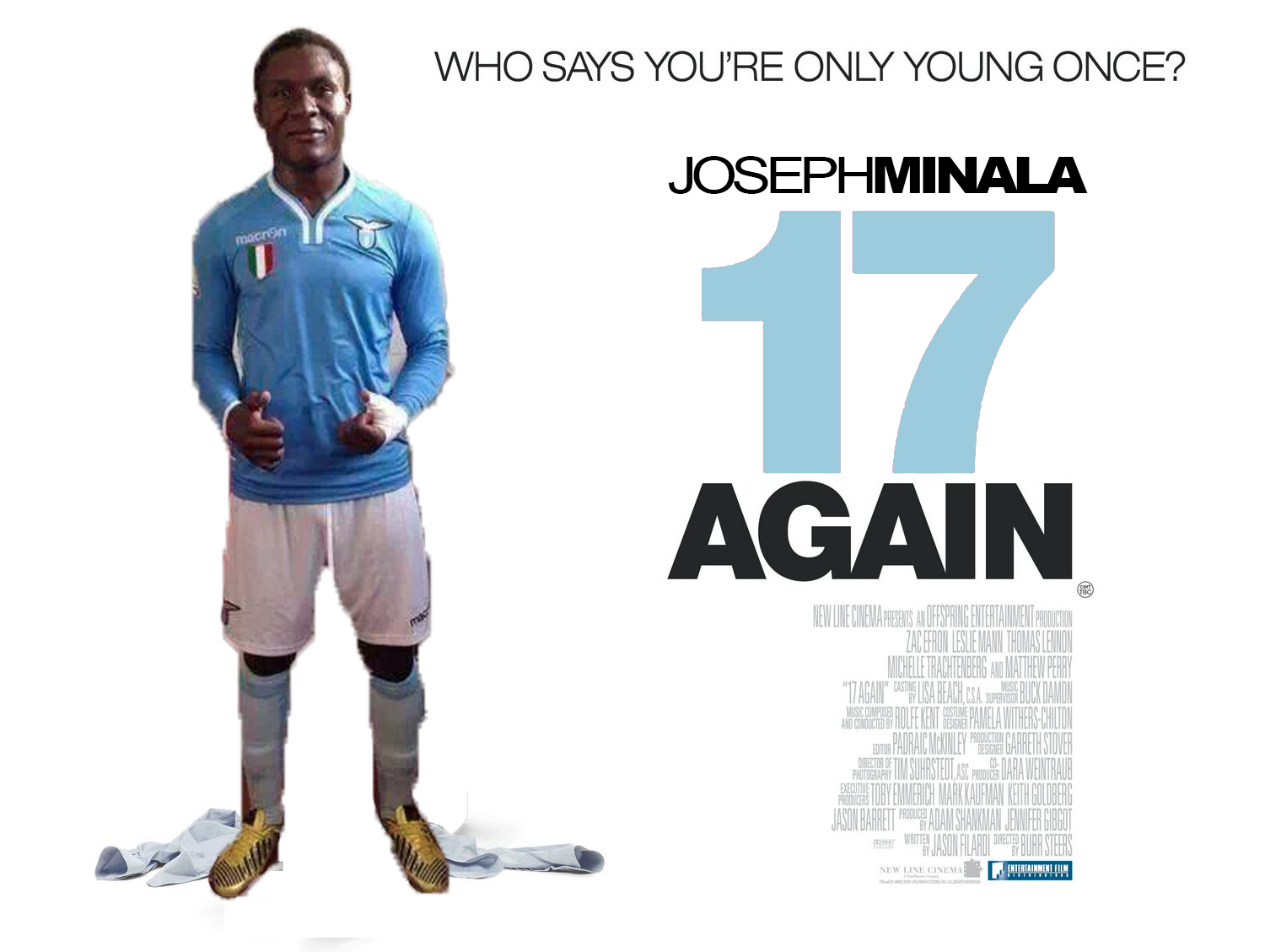 The first match-fixing investigation of the new season has begun:

The Serbian Football Association (FSS) has opened an investigation following reports that a first division match between Red Star Belgrade and city rivals OFK was rigged.

"The FSS integrity officer has launched an internal inquiry into reports that several individuals exerted pressure on OFK Belgrade players and staff during the halftime interval of their league match against Red Star on Sunday," the FSS said on Thursday.

"Match officials have already been interviewed about events that took place before, during and after the fixture."

Visiting Red Star, the 1991 European Cup winners, won the game 6-2 after trailing 2-0 at halftime on the opening day of the 16-team championship.

Belgrade media was awash with reports after the game that unidentified individuals stormed into the OFK dressing room at halftime and asked them to "take their foot off the gas pedal".

Some former and current Serbian coaches also expressed concern that Red Star's comeback was too good to be true given the comical nature of the goals that OFK conceded.

Officials and players from both teams denied any wrongdoing.

Having fallen 2-0 behind, Red Star scored four goals in 10 minutes early in the second half before a late brace by Antigua and Barbuda striker Joshua Parker sealed the rout.
Click to expand...

Red Star are currently top of the league :sweey: That lasted about as long as I expected.
S

I forgot to post in here on Sunday after I mentioned it in the Shoutbox so here it is:

It was a good game, which is odd. And the assistance was... around 1300. For a Premier League game. This's the main difference between the big leagues (and countries, german 4th division has around 10x more spectators than our league in average) and Portuguese League.

Petit is doing an above average work there. This season they won't have such a big surprise factor, but I still believe they'll make it through and remain safe.
S

rebelinho said:
It was a good game, which is odd. And the assistance was... around 1300. For a Premier League game. This's the main difference between the big leagues (and countries, german 4th division has around 10x more spectators than our league in average) and Portuguese League.

Petit is doing an above average work there. This season they won't have such a big surprise factor, but I still believe they'll make it through and remain safe.
Click to expand...

Whereas last season I had an idea of who the weakest 2-3 teams were on paper before the season started (Penafiel, Boavista, Arouca) - and so the season largely unfolded except for Boavista punching above their weight and Gil Vicente being pure shite - this season I'm clueless other than to point at Tondela. I was surprised Uniao da Madeira won at home to Maritimo and equally I expect Estoril to be leaky at the back but finish anywhere between 10th and 14th.

Estoril lost a lot of good players, specially Sebá, but the main problems lays on the bench. I don't think Fabiano has the quality for the task.

União will get to the bottom, just let them enjoy the win. I'm not seeing them lasting much time up there.

Gil Vicente must've hired a wizard to put a spell on them. It goes beyond logic how they managed to stay around here year after year. I was glad they went down.

As for this season I'd say Guimarães will have a hard task to overcome the loss of their biggest star, Rui Vitória. Vitória FC (the Setubal one) will have a hard task as well, the squad is a tad worse, but their manager is the accontable for Tondela's promotion. Académica will face a difficult season too, Viterbo is a miracle worker but even him has limits. They just have a very poor squad and a lot of doubts, like Paciência, and a manager that doesn't seem the best to boost the youth's qualities.

sami hyypia is the new manager of FC Zurich, he will always be a better player than a manager imo.
S

:smug: After Sporting's draw. This was specially good to see after JJ's interview where he said, about all the shit being said regarding him, "let it keep comin'. We're still winning it all."

:erm: We played well (if you don't look at first half), plenty of chances that should be scored. The result is not acceptable, and if we start missing this kind of games so early...