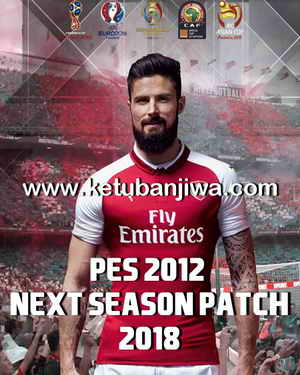 - Last summer transfer in July 2017
Danilo to Manchester City
Kolarov to Rome
Morata to Chelsea
Hegazi to West Bromwich Albion
Zuma to Stoke City
Bakayoko to Chelsea
Bonucci to Milan
Walker to Man City
Simedo to Barcelona
Danny Sibaios to Real Madrid
Add the 2017/2018 teams to all teams and teams
The latest faces and hair cuts for all players 2017/2018
Add Ahli and Zamalek in the new faces and movements 2018
Update all the floors of the stadiums HD
Graphic Backgrounds taken from PES 2018
Update of the rising and descending teams 2017/2018 season
New songs in the game
New Cplayer Vital And Fast In The Game
Updated all tournaments for the 2017/2018 season
The Euro
- 2018 World Cup in Russia
Champions League
- Copa America, Libertadores, European League and more more updated tournaments
New electronic ads (Adboard) taken from PES 2018
The addition of the Scorpion Pace 2018 for the first time
New shoes and boots 2017/2018
Adjust the ages and energies of the players
Forming as many players as possible for some teams
More and more extras inside the patch