Yesterday I managed to finish 2 teams (first time I make 2 teams in just one day :laugh, Linfield and The New Saints. Only 6 teams left before I publish this work. Stay tuned :thumbsup:

If anyone wants to help with faces, either for the remaining european teams or for the next teams (africa, asia, oceania and americas), please say it here. I could use some help to finish this project faster :thumbsup:

I need your opinion on two things:

- After I finish Europe, what would you prefer to see next: Americas teams or African/Asian/Oceanic teams?

- If you checked the team list already, you'd notice I want to make some Caribbean teams. For now, the list is 2 teams from Jamaica, 1 from Trinidad and Tobago, 1 from Haiti and 1 from Dominican Republic. I added 2 teams from Jamaica because it is one of the strongest nations of the caribbean. Do you think this is nice? Because Trinidad and Tobago are also strong (atleast on CFU Club Championship). Should I add just 1 team from Jamaica instead of 2 and do a team from another country with that slot? Is there any other football teams from caribbean or from the rest of americas that I forgot about and deserves to be in this OF? If it is indiferent to you, I'll just keep the list I have for now.

The team list, if you haven't seen before, it's here: http://bit.ly/2ORcLzg
T

philips_99 said:
- After I finish Europe, what would you prefer to see next: Americas teams or African/Asian/Oceanic teams? The team list, if you haven't seen before, it's here: http://bit.ly/2ORcLzg
Click to expand...

Thanks for all your awesome work. Personally I prefer the Oceania teams next.

tomwww said:
Thanks for all your awesome work. Personally I prefer the Oceania teams next.
Click to expand...

Thanks for your feedback

I think the next ones will be Asia/Oceania, since I think they won't take much time to do (It's only 4 teams). I already made Auckland City (used the export from nicoultras OF as a base and then put my new kits and edited some stats/positions). I have 2 asian teams from Dorumagesu that I want to edit as well. Then, I'll create just 1 more team, which will probably be one more team from Oceania, like AS Tefana, so we have 2 teams from different Oceania countries. That kind of variety is something I like to have in my game :laugh:

Finished Santa Coloma. Only 3 teams left to finish Europe.
A

Just finished La Fiorita. Prishtina and B-67 Nuuk are the only teams missing from Europe. After Europe is complete, Asia and Oceania are next:thumbsup:

Yesterday I was testing playing with La Fiorita against Bologna, and the match was both amazing and weird at the same time. Weird because I found out that the AI can try to dive in order to get penalties (the referee saw it so they didn't get the penalty, but it was still crazy, I've been playing for an year and it was the first time I saw that) and also because I had some crazy collisions between players: in one of them, a Bologna player was blind and run into one of my players, collided and glitched out, and then he was just thrown away in the air, and when he landed he collided with another player who didn't even care and just keep on running :laugh:

Just made an upgrade of my Europe+ League One and Two logos. Here's what they look like now : 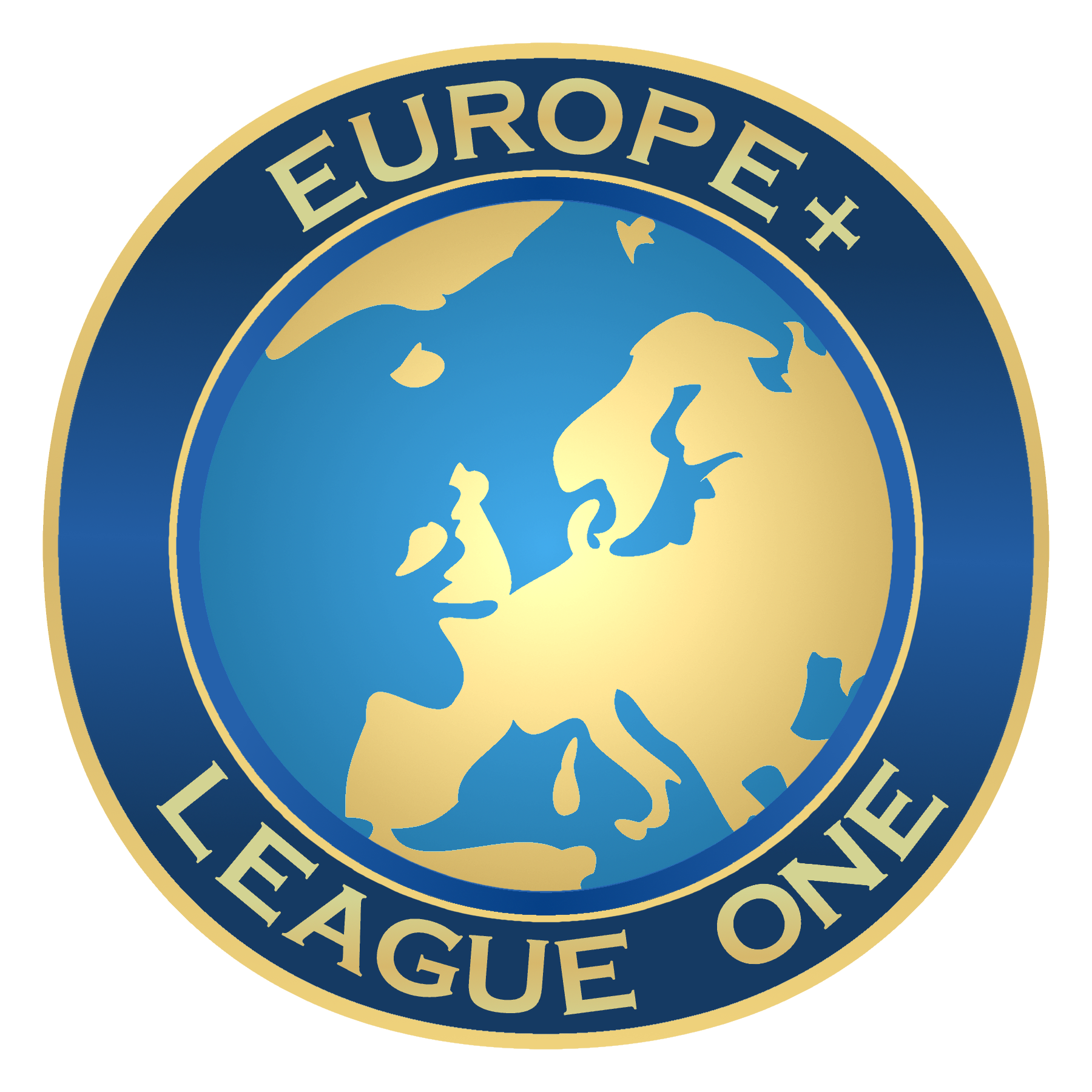 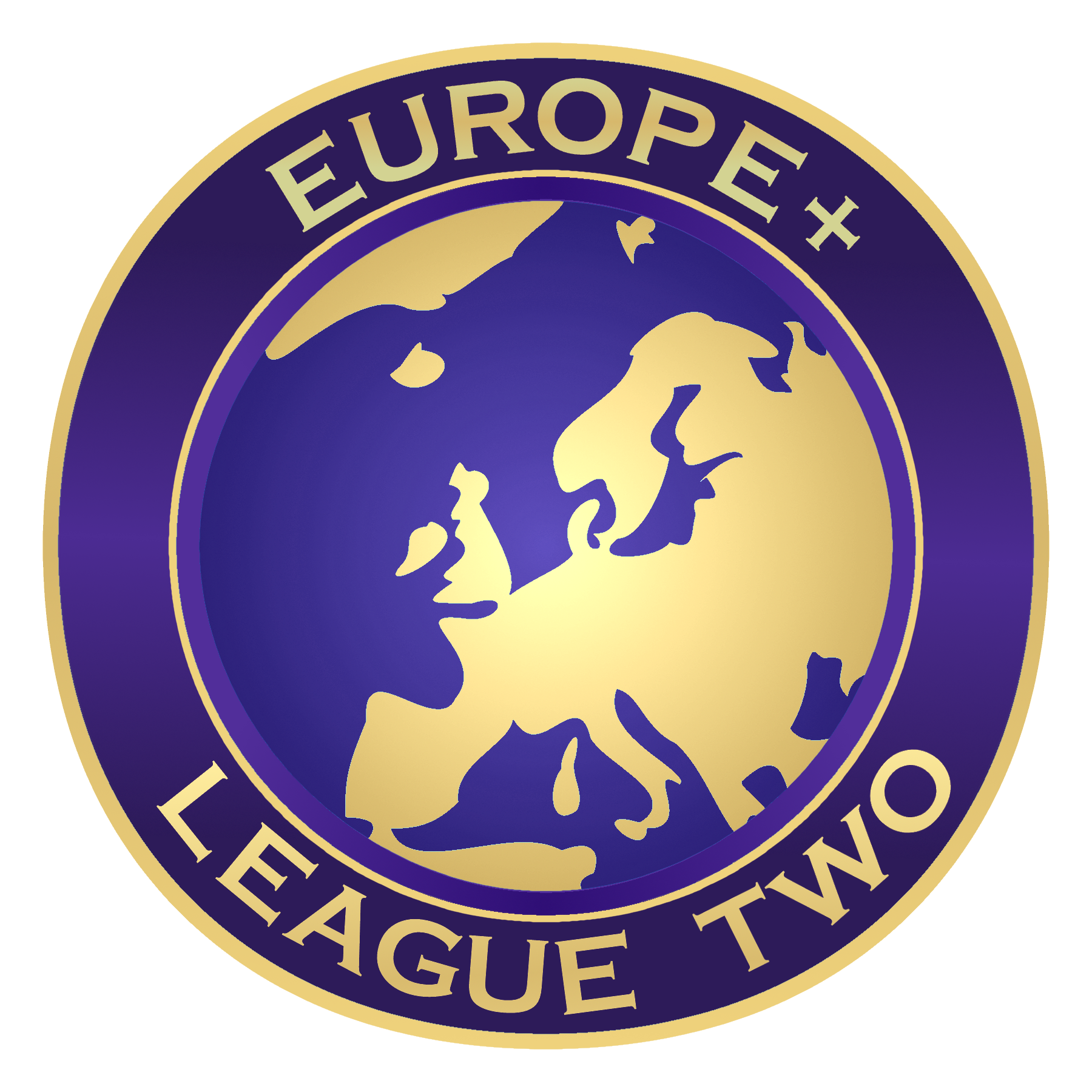 Might try to design new logos for my "Europe+ Cup" and "Europe+ Supercup", anyone has any ideas?

Right now, I am getting data to do B-67 from Greenland. It is really a challenge. Barely no info out there in the internet, and most of the few that there are are in greenlandic, a language I don't understand and there are no online translators out there (not even Google Translator has that language). There are a few sources for the players who also play in the Greenland NT (Island Games 2017 and specially All National Teams OF from PES 2017, Speckkopf did a really good job with research), but for the others it is really hard. Sometimes I can't even find basic data like Age, I have to guess from pictures or have the luck to find newspaper articles in english (for example, for Ari Hermann, I found an article from 2015 of when he was 18 years old, so I guess he is around 21 now).

During my searches, I found some videos on Youtube. They stream some football matches. If you are interested on seeing one of the most unique football competitions in the world, you have to see this:

For B-67, I managed to get enough data/pictures for 20 players (even though a few of them won't have the correct age, just because I can't find it). It should be enough to make a squad and play

And Prishtina is half done, so 1.5 teams left before sharing all this work :laugh:
H

Thanks for the exports

higunduz said:
Thanks for the exports
Click to expand...

Nice work on B-67. I have thought for a while it would cool to play with a club from Greenland or Iceland.

tomwww said:
Nice work on B-67. I have thought for a while it would cool to play with a club from Greenland or Iceland.
Click to expand...

Thanks You'll be able to play with both.

Sorry for the lack of news. Recently I had barely no time for editing, I had to focus on other things in real life. But I am slowly making progress with those european teams, also fixing and improving some stuff on my earlier team exports, so everything fits well. I plan on completing europe before Christmas, and then start with the rest of the world

First of all, let me wish you all a (late) Merry Christmas