What are you currently playing?

Just finished it after 50 hours :evilsweey:

FIFA 16
Won FUT D1 on Friday. :blacksweey:
Just finished my 3rd season with Osasuna in career mode. Won La Liga for the second time, this time by about 20 points, on Legendary. :hotsweey:

I'm planning on going back to Black Flag, this week. :sweey3:

Finished Wolfenstein: The New Order and moved on to another title i've wanted to play for a while in my backlog Binary Domain. TPS from the guys who did Yakuza. Seems decent so far, enemies are bullet sponges though.

Completed the puzzles in the first area, seems decent so far. Could be fun just to drop in and play every now and then.
S

Lego: Lord of The Rings

As I'm working my way through Talos Principle, I realised i'll likely get bored if that's all i'm playing, so decided to play some Lego LOTR inbetween sessions. Love these games, light hearted and fun, just done the weathertop level. Open world is as good as the one in The Hobbit, likely better as it has all the LOTR locations and in better detail too!
S

Making good progress in Talos Principle. In area C, just got to finish all these and then I can access the basic ending. Unlocked all 3 messengers already, really liked their areas and and the puzzles/music.

Quietly happy that I haven't had to resort to a guide for any of the puzzles yet. Tetris puzzles can be a pain in the arse though. Will likely use a guide to get the remainder of the stars though. May as well go for all three endings while i'm at it!

Overall, i've been taken aback by how much I actually like this and i'm surprisinglu enjoying the deeper, philosophical narrative that is being drop fed to me via audio logs and terminal text.

Well I have been recommending it for a while. Just goes to show that you should always trust my judgement with these things. :folarm:

The chances of me actually liking something you recommend are exceedingly low. I might like this, but the next title I'd probably hate :folarm:

Finished the first episode, really liking the setting and the feel of the game. Great looking location, starting out in a little cabin on the lake 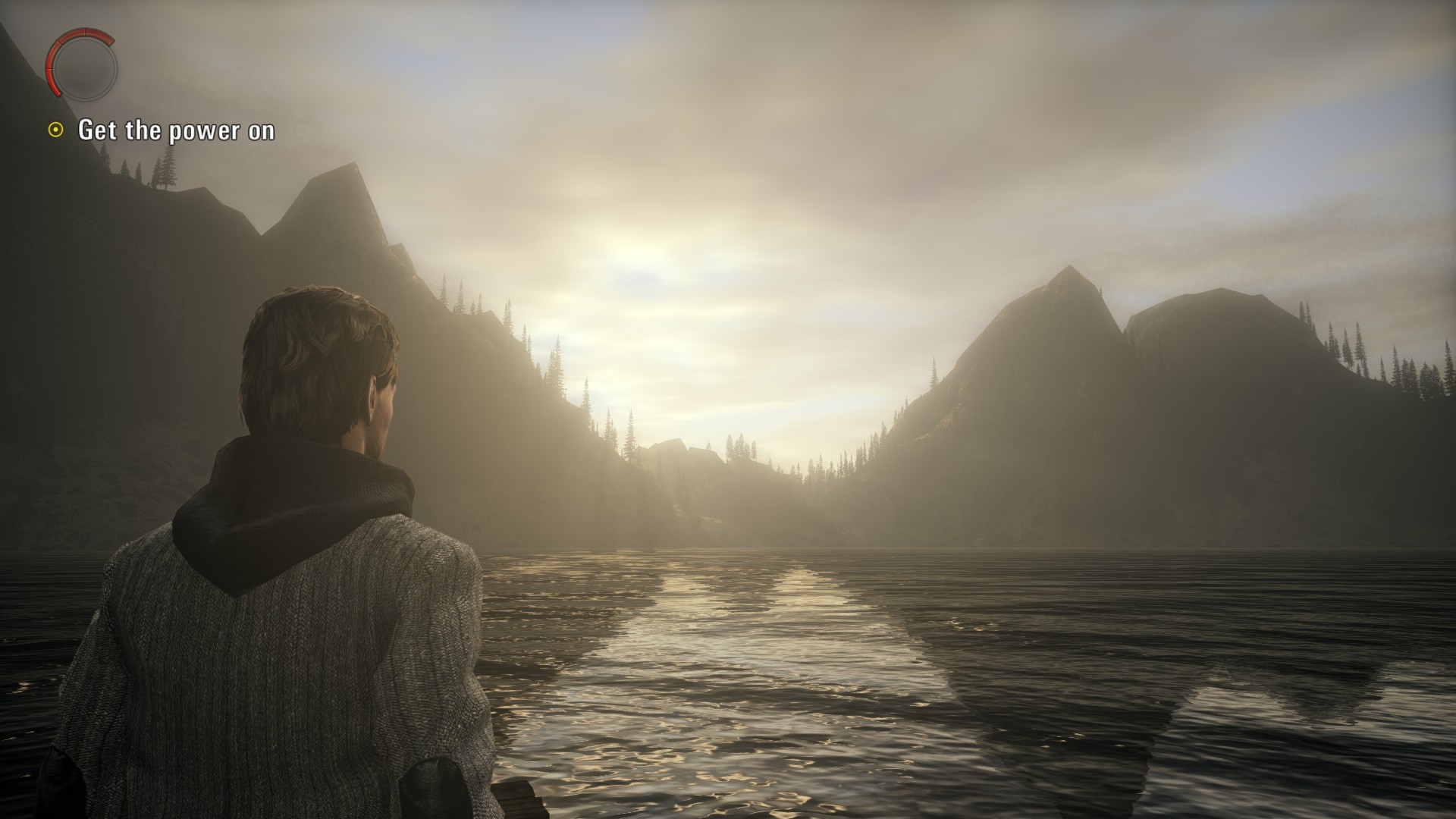 edit - Oh and a great soundtrack too, end of episode one credits had this great:

Finished Alan Wake and its DLC. Pretty good overall. Good plot, acting and music. Combat was enjoyable too, with a fine balance between standing your ground and fighting, and running like a mad man to the next street lamp/checkpoint.

Use of flashlight helps the latter, as a quick blast of it stuns the enemies for a second so you can keep running. Very easy to get overwhelmed by them though, especially in the DLC episodes which ups the difficulty.

Started Shadow of Mordor last night. Seems decent, like an Assassins Creed set in Middle Earth. Looks like it could be very easy to get overwhelmed by large groups of enemies, and running away may happen often. Looks fantastic on my PC

A very enjoyable RPG with a nice action combat system. Pulling off moves and combos still feels a lot like me just botton mashing at the moment, I can tell as soon as I reach hard bosses I'm going to be fucked over and give up!

Taken to playing Rocket League while on my exercise bike, helps pass the time a lot tbh. 3 matches usually takes about 25-30 minutes to get through, so gonna try to do that every night now!

You manage to limit yourself to 3 matches?

Thankfully I'm not that addicted, but Friday I played 5 and would've played more if my PC hadn't lost power!

If I play on a week day, I'll normally play 5 or 6 matches, and then "one more win".... which usually lasts until I've gotten a win I'm satifisfied with (ie no forfeits), or I get fed up of losing!

I only play the casual mode, so it's usually full of shit cunts. CBA with playing ranked as I'm nowhere near good enough

Jonno394 said:
I only play the casual mode, so it's usually full of shit cunts. CBA with playing ranked as I'm nowhere near good enough
Click to expand...