Been editing today, so Europe is almost finished, but I am improving some of my earlier work with better stats (some of them taken from PES 2019), to make everything fit better, now that I have a better idea of the teams overall and their relative strenght.

Hope there's anyone still faithful to PES 2018 besides me :laugh: :laugh:

philips_99 said:
Hope there's anyone still faithful to PES 2018 besides me :laugh: :laugh:
Click to expand...

Buckshot said:
I have OF space on WE 2018 waiting for this.
Click to expand...

Oh well sorry for taking so long. Real life doesn't leave me much time for editing, so I am doing this slowly. Europe will be finished soon. I hope I can finish all the teams (americas, africa, asia, etc.) before PES 2020 comes out, it would probably be a real shame to only publish my work 2 years late :laugh::laugh::tongue:

Thanks for the feedback, it only motivates me more to go on and finish this :thumbsup:

Today is the last day of 2018, and it also makes 2 years since I first joined this forum.

I want to wish you all a happy new year and let's hope 2019 is even better :thumbsup:

Just some updates on this:

This project is still alive, even though the progress is slow. I'm editing alone and life doesn't leave me much time to edit anyway. But in the last few days I had more free time and I finished making adjusts to the teams I had already done before (some players needed stats adjustments), and then I finished FC Prishtina. Only have to do B-67 Nuuk and then I'll share the new European teams and I'll start with asia/oceania/africa teams. I'll try to do that as soon as possible

Meanwhile, I want to give the in game teams the same treatment I gave to my new teams. So, I'll also probably be changing stats of in-game teams (like the in-game Other European teams), since some players performed really well and deserve upgrades and the opposite (transfermarkt, sofifa and PES 2019/PESMaster will be my references on that). Right now, the priority are the new teams, but later I will do that

PES 2018 is still alive, at least for me. Anyone wants to play a league like this? (you can choose the teams in Div. 1 and 2. to your heart's desire ) 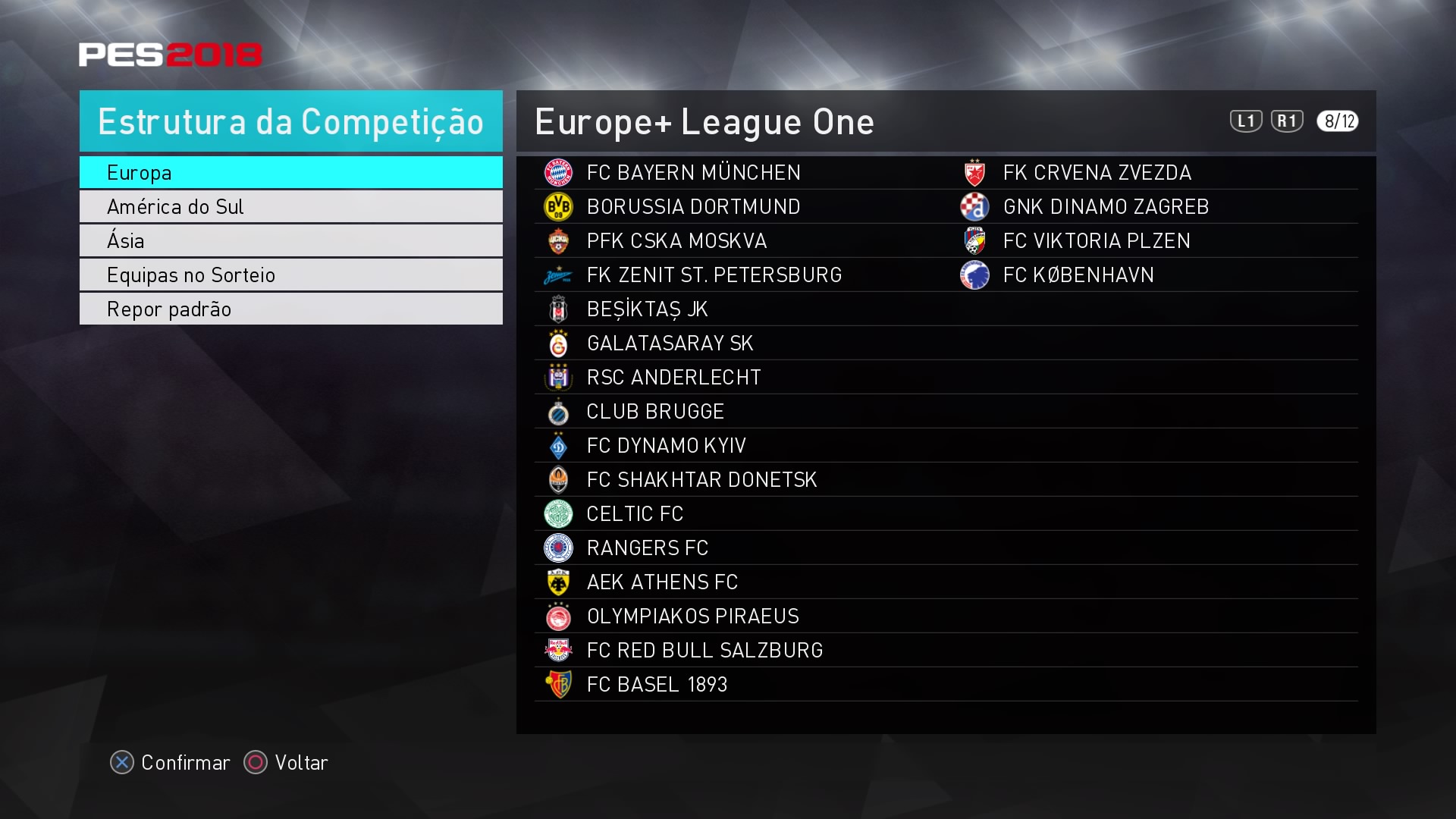 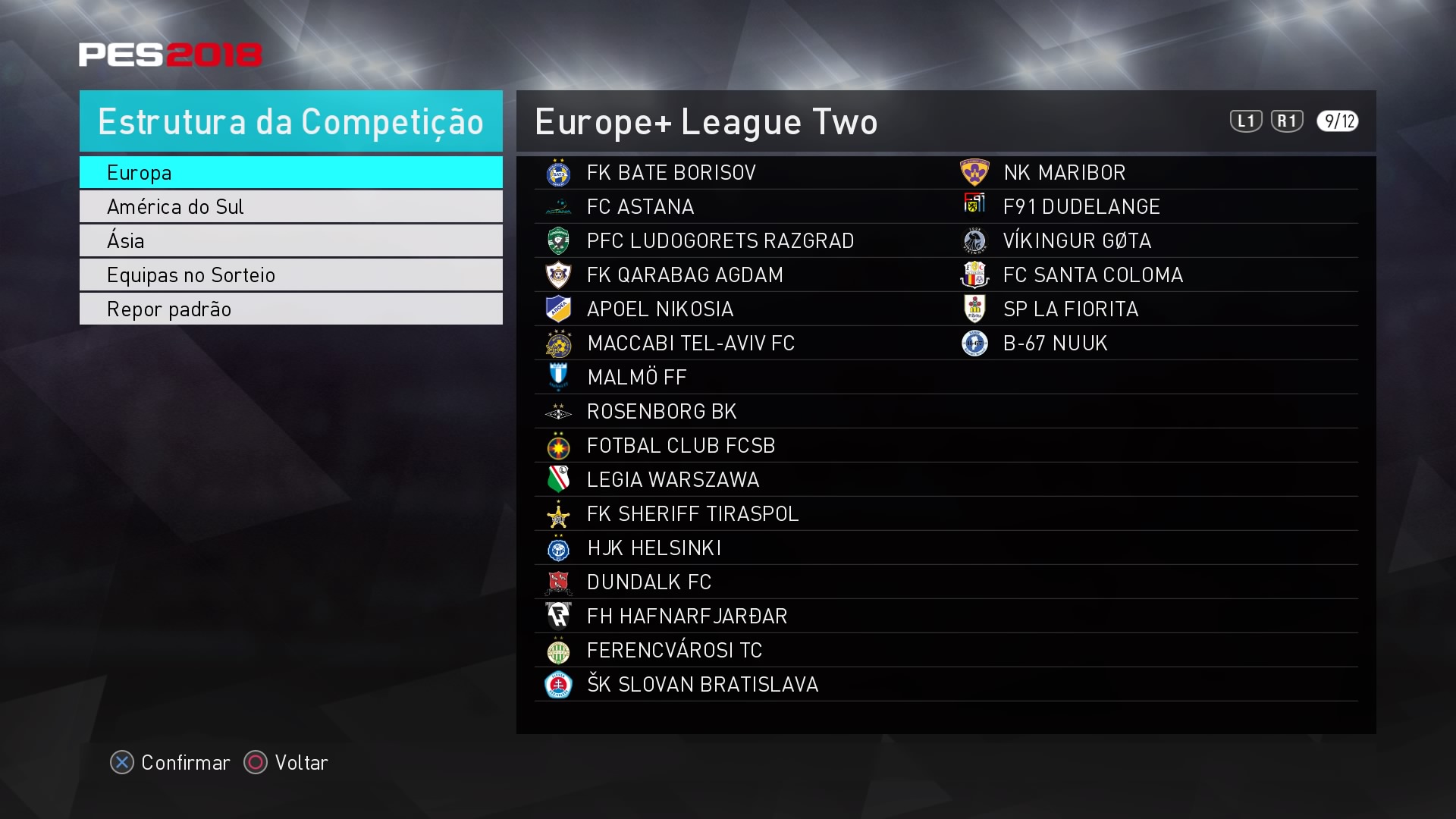 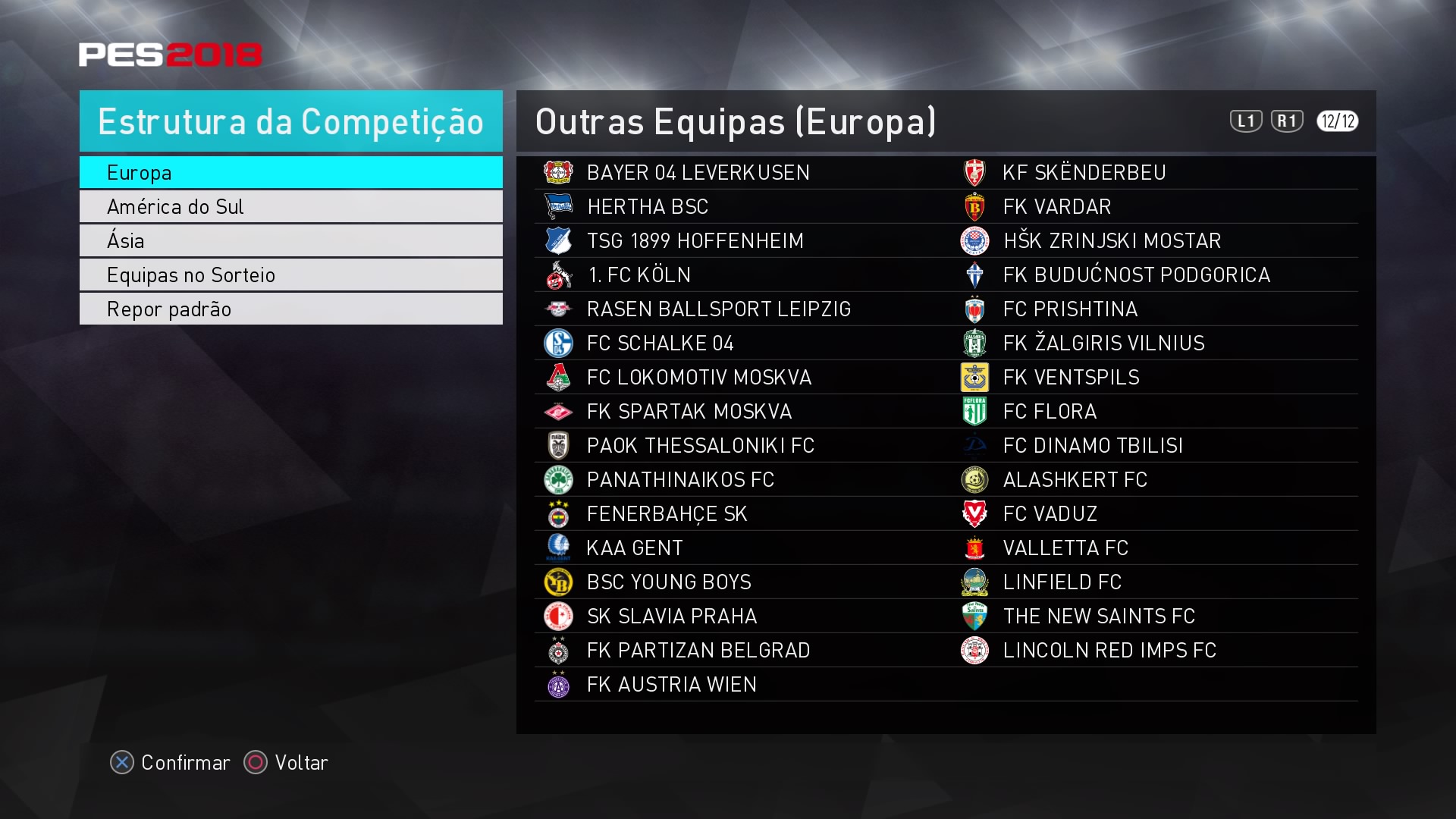 After a long time of editing, my teams are almost finished. 99.9% of the stuff is done, I'm doing some final details and then I'll upload my new european teams. Perhaps this weekend, stay tuned

I'll then start with other regions, at the same time I'll be doing adjustments to the european in-game teams.

After a long time... 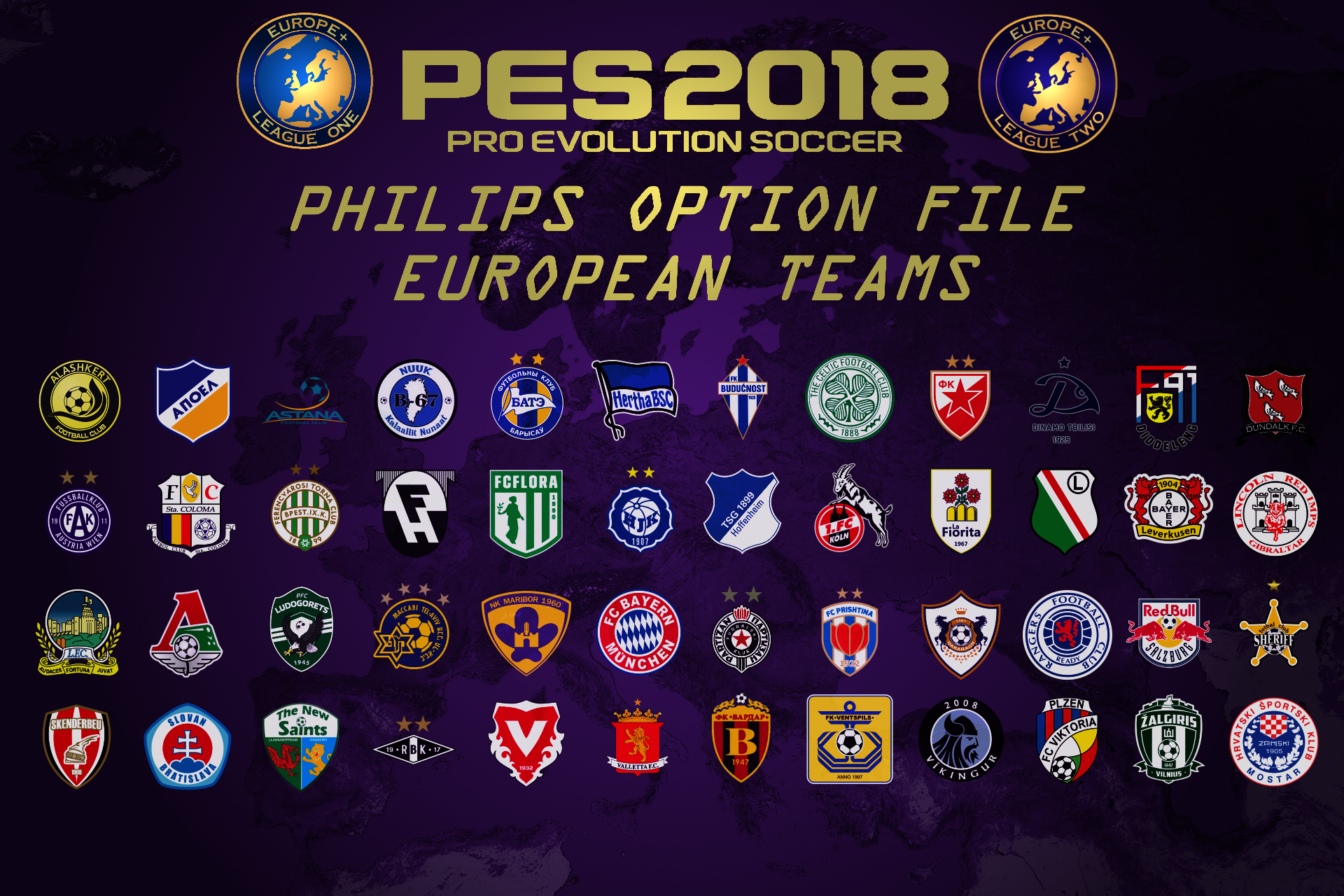 Thanks.....downloading now. Hopefully in next week or so will compile this on my WE 2018, still working on Classic OF on 2019.

Buckshot said:
Thanks.....downloading now. Hopefully in next week or so will compile this on my WE 2018, still working on Classic OF on 2019.
Click to expand...

You're welcome, enjoy. Good luck with your Classic OF on PES 2019 :happy:
G

hi perfect phillip!, do you have caf champions league teams for pes 18??

Thanks for the support :happy:

I do not have them yet, but I'll start making some african teams on PES 2018
G

Yes I saw it a few yours ago, this was the bargain I was waiting for, I think I will buy it just because of the national teams project :w00t
G

If you always make the same offers for this time, take advantage now, so you can have the new selections
M

thanks, more will come in the next few weeks, stay tuned :thumbsup:
G

do you do finally some african teams??

ggdaris said:
do you do finally some african teams??
Click to expand...

I'm doing asia and oceania first (almost done, it's just 4 new teams) and then I'll start with africa (there will be 16 teams). Unfortunately I didn't have much time that's why I haven't done much those last weeks. But now I'll have a week or two with more time and will probably keep on editing PES 2018 :laugh:

:happy: Thanks, I hope you enjoy!